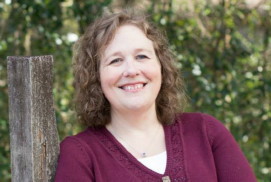 Angel Parrish will be with us for a concert on Saturday, October 26th @ 6:00 p.m.. Joining Angel will be the amazing Gospel piano playing of Johnny Lee.

Angel Parrish has been singing since she was 12 years old and in a group with her family.  She has traveled the country as a musician and missionary for 10 years.  She has performed with several groups and Churches in and around The Villages and has performed a southern Gospel concert at our church. Angel is also a professional freelance writer, has recorded 7 CDs and does an occasional concert, like those for the Bluegrass Performance Club and The Congregational Church, while operating her own tutoring business, and occasionally selling Avon in the side. She currently lives in The Villages and often can be found online posting pictures of her cats. 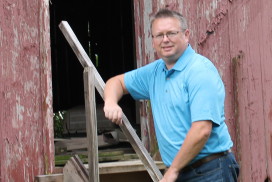 Johnny Lee has been playing the piano since he was a child.  He grew up in a family that loved Southern Gospel music, and he continues that tradition with his own family.  He and his wife Nova live in Bethany, Illinois with their two sons. Johnny has played for several different Gospel music groups.  He currently sings in the Southern Gospel group The King’s IV based in central Illinois. Johnny has arranged, produced and accompanied Angel Parrish on 3 of her CDs, including her Christmas album.

Tickets for this event are FREE.

We will have an amazing evening of music and worship. Invite your friends to join us. There will be a free-will offering at the close of the program, for the Infant and Toddler Pantry.